It was like a dream except when I woke up the dream never stopped. I lay in the bed stunned, trying to compute what was really happening. It was hard to process because the sounds were like none I had ever heard before. My thoughts were racing yet everything seemed to be in slow motion. It sounded like a war zone, except I knew I was still in my home in Rochester Hills, and unlike so many other countries around the world, we are fortunate in this country that we are not raising our families in war torn villages. The house was vibrating from the presence of something that seemed to be just outside my window. Was it a train? No… maybe a helicopter? My mind continued to race through the options while my protective instinct was busy processing a more immediate danger. The large window in my bedroom was vibrating so violently, I feared it would come lose any second and if it hit me, I knew it could kill me in an instant. I froze trying to calculate the time I would need to jump from my bed and run. Did I have enough time? Suddenly, I knew the best option. I grabbed my 9 year old son, Gabriel, who was lying next to me and rolled, bed sheets and all, off the bed and away from the window. As I hit the ground I heard the window breaking. There was a moment that I knew I had time to make it to the door. I started running. In the background I could hear my husband yelling out my name. I grabbed my son, Gabriel, who was awake and lying on the floor next to me. We both jumped up in unison and ran for the door. I met my son, Julian, in the hallway, sent Gabriel down the stairs to his father and the basement. Together, Julian and I grabbed for my daughters door and barged into the room. My daughter, Tatiana, and two girlfriends who had slept over, were asleep in the beds. Together Julian and I began yelling out their names awaking them all with a start. I knew from my training in the hospital to simplify the commands. I yelled simply…. Basement! Basement! Basement! I knew all of them would understand. Julian and I grabbed each of them and herded them down the stairs and toward my husband who stood at the end of the staircase ready to funnel them all into the basement. In seconds we were all cuddled in the basement, wide eyed and filled with adrenaline. I grabbed my youngest child, Sophia and hugged her tightly. Thankfully, all of my children and the children of my friends were accounted for and safely secure in the basement. Suddenly, I was aware of water. My clothes, my face and my hands were wet. Wait… it wasn’t me. It was Sophia, she was soaking wet and her hair was dripping. What had happened? I asked and she immediately responded. “I was sleeping on the couch and then the window, Mommy, it broke and all the water came in. The water hit me and threw me across the room. The water from the window got me wet.”

My husband and I looked at each other. Thankful and completely aware of how lucky we had been. Suddenly, we were also aware of the silence. Whatever had happened was over. We stood for a moment processing the silence then slowly each of us emerged from the basement. The children seemed excited and started recalling their escape, laughing about details of the story. I took a quick survey of the damages and became completely overwhelmed. The adrenaline was leaving my body and I was exhausted. I went upstairs to my bedroom and lay on my bed. I must have slipped into a moment of sleep because I remember waking to hear the children screaming that water was dripping from the ceiling. I jumped up and ran to the kitchen and garage to find buckets and large bowls. I began placing the buckets around the house where the water was coming in. I put one in my room and in my daughter’s room. Then I headed to the bedroom where Sophia and Gabriel usually slept and pushed open the door. Oh my God! There wasn’t a ceiling or a roof. I could see the sky! I yelled for my husband and heard at almost the same second, my husband yelling for me. Outside, my husband had been drawn to the lights that were coming in all directions across the park toward our house. It was our neighbors and friends. They were all coming for us. Calling out… “Is everyone okay?” My husband was stunned. “Yeah, we are all Okay” “Are you okay?” he asked in return. Only then did he look up at the house, now illuminated by the many flashlights coming toward it. Oh My God! The roof was gone!

Thankfully, as a trained insurance adjuster, my husband, Ed, knew exactly what to do. He called a friend in the Cleaning and Restoration business and told him he needed the roof boarded up and the house packed out immediately. Within the half hour the pack out company was there. Arriving before the police and fire department could close off the streets to commercial and residential traffic. After that, it was a blur of newscasters and radio interviewers and emergency personnel trying to get a handle on what had happened and what to do next. As seasoned insurance adjusters, we knew we needed to find temporary housing for our children and two dogs. I started making phone calls to local hotels and residence-type Inns, where I knew there would be a refrigerator and small kitchenette. I needed to find one close to the schools and one that would allow dogs. Otherwise, I needed to call the Kennel and arrange for temporary housing. The wheels were turning and thankfully I knew what to do and what to expect.

We Can Help You With All Of Your Insurance Claims 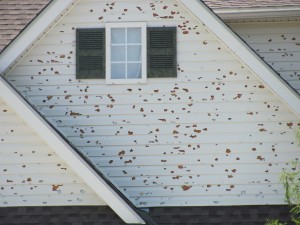 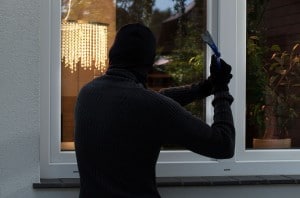 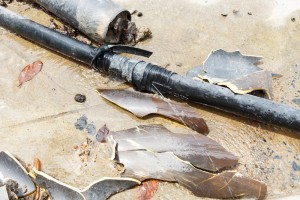 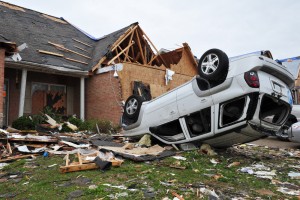